Everything You Need to Know About Super Bowl LV 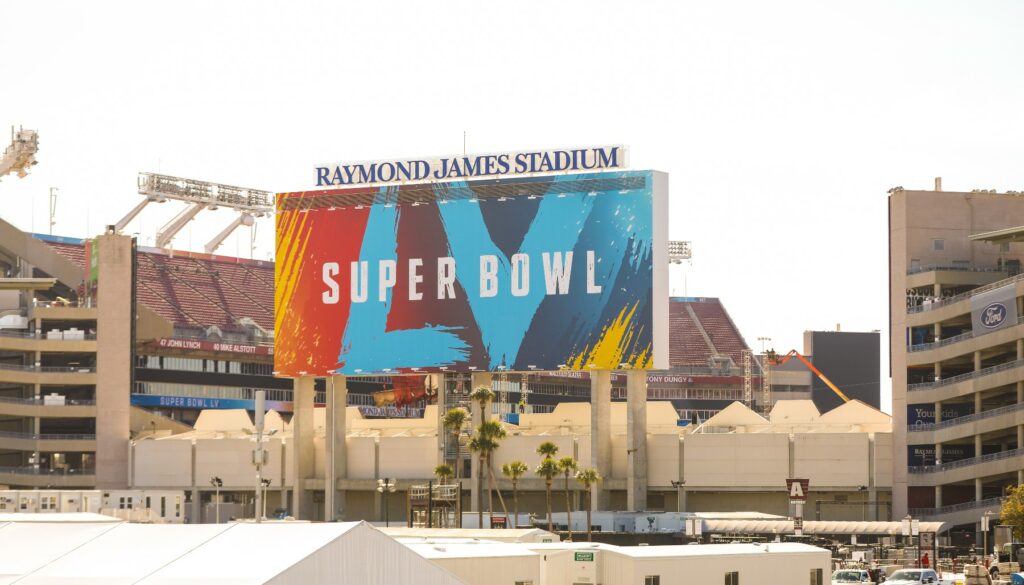 The Tampa Bay Buccaneers and the defending champions, the Kansas City Chiefs, will be fighting for the Lombardi Trophy on Sunday, February 7. But if we’re being honest, it’s really going to be the “Tom Brady and Patrick Mahomes Show.”. This game is looking like it’s going to be one for the history books, especially considering the two quarterbacks involved.. But, as we all know, there’s more to the Super Bowl than just the game. From who’s performing at the halftime show to where the Super Bowl is located this year, here is everything you need to know about Super Bowl LV.

Super Bowl LV will be played at Raymond James Stadium in Tampa, Florida which is yes, the home of the Tampa Bay Buccaneers. Believe it or not, this is actually the first time where one of the teams in the Super Bowl will be playing in its own stadium. The NFL announced Tampa as its Super Bowl LV location a long time ago, so it’s purely coincidental that the Buccaneers will be playing at home. This is also the fifth time Tampa’s hosted a Super Bowl.

The Weeknd was announced as this year’s halftime performer in late 2020. No special guests or surprise performers have been revealed, but there is a bit of speculation that Ariana Grande will be joining the “Blinding Lights” hitmaker when he takes the stage in Tampa. Only time will tell!

Due to the coronavirus pandemic, the NFL announced they’ll only be allowing 22,000 fans into the stadium. However, roughly 7,500 of those tickets will be going to vaccinated health care workers as a thank you for all they’ve done this past year.

That leaves roughly 14,000 tickets up for grabs, which means it’s going to be very difficult to get tickets this year.

Amanda Gorman, who took the world by storm when she performed her poem “The Hill We Climb” at this year’s presidential inauguration, will be participating in the Super Bowl pregame show.

She will be performing another original piece dedicated to the game’s honorary captions — educator Trimaine Davis, nurse manager Suzie Dorner, and veteran James Martin. Miley Cyrus is also expected to perform during the pregame show.

Eric Church and Jazmine Sullivan will be singing the national anthem, while H.E.R. will perform “America the Beautiful.”

Major companies, including Budweiser, Pepsi, Coke, and Hyundai, have announced they will not be advertising during the big game this year.

Instead, they will all be joining a public awareness campaign for the COVID-19 vaccine.

You can watch this year’s Super Bowl on CBS when it kicks off at 6:30 p.m. ET. The game will also be available to stream on CBSSports.com and the CBS Sports App.