5 of the Worst Playoff Teams in NFL History

6 Intriguing Facts About Olympic Medals That Will Blow You Away

Fear the Beard: Why Hating on Rockets’ James Harden is Not Justified

Maridoe Golf Club became a haven for competitive golf in 2020. Meet the man behind the movement.

The U.S. Golf Association will open its 2021 championship season at Maridoe Golf Club in Carrollton, Texas, this April with the U.S. Women’s Amateur Four-Ball. It marks Maridoe’s debut as a USGA championship site, though the Maridoe community is anything but new to hosting large-scale events.

Albert Huddleston’s Texas oasis, which opened in 2017, can tip out at nearly 8,000 yards. Every hole changes direction and Texas wind is a major factor. Those who have competed there talk of a golf course that takes practice to learn. Jordan Spieth, Will Zalatoris, Braden Thornberry and Lee Trevino are among the savvy membership of roughly 200.

Beginning in April 2020, Maridoe hosted the first of seven competitive events for every level of player. Six of those were inaugural events, with the 114th Southern Amateur rounding out the lineup. 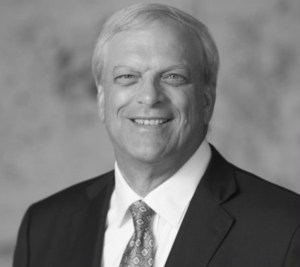 At the end of the 2020 season, club owner and founder Huddleston, the chief executive officer and managing partner of Aethon Energy, sat down with Golfweek to discuss everything from his desire to host so many events to his background in golf to mastering the nuances of Maridoe (competitors: take note of the latter).

Here are excerpts from that conversation:

On why competitive opportunities mattered so much in 2020…

Golf has always, to me, been more than a special sport. It is really a vehicle or a catalyst to travel, meet great friends, be with friends. It’s one of the rare sports where you can play with someone who is not as accomplished as you or more accomplished and have a great time. Every golf course is different. The weather changes to make what was yesterday’s golf course feel like it had nothing to do with today’s golf course and contest. That’s how I think about golf. I’m very passionate about it, I think it’s an important sport, it’s an important socialization opportunity.

So when COVID-19 occurred, obviously it shut down everything and at Maridoe, we have junior players, we have amateurs, mid-ams, senior ams, we have all kinds of professional players – Korn Ferry, Latin America, Canadian, PGA. We have a few ladies as well. And so what happened is they were all off the clock and they were there and in fact, I remember very clearly that Jordan Spieth and Martin Flores were out back of the clubhouse and I was talking to them and I said, ‘By the way, is this the longest you’ve gone without playing in a golf contest?’ They looked at each other and they said they both agreed since they were six years old. I came back around the clubhouse and (managing member) Alison Morrison was there. I said, we need to create an opportunity for all these wonderful players who are now just sitting on their hands to have a contest. That’s how the Maridoe Samaritan (Fund Invitational) came about. It started by word of mouth.

As soon as that tournament was over, Scottie Scheffler won, and we all of a sudden had Viktor Hovland who got beat, on the way home said, ‘I want to do this again.’ I basically want to take Scottie down the next time. So in a couple weeks … we did the 2.0. We were the only ones out there, doing something like this. It was the right thing to do and we stepped forward and we made the decision that golf was the perfect sport as a complement to maintain the COVID-19 protocols. You could do both. 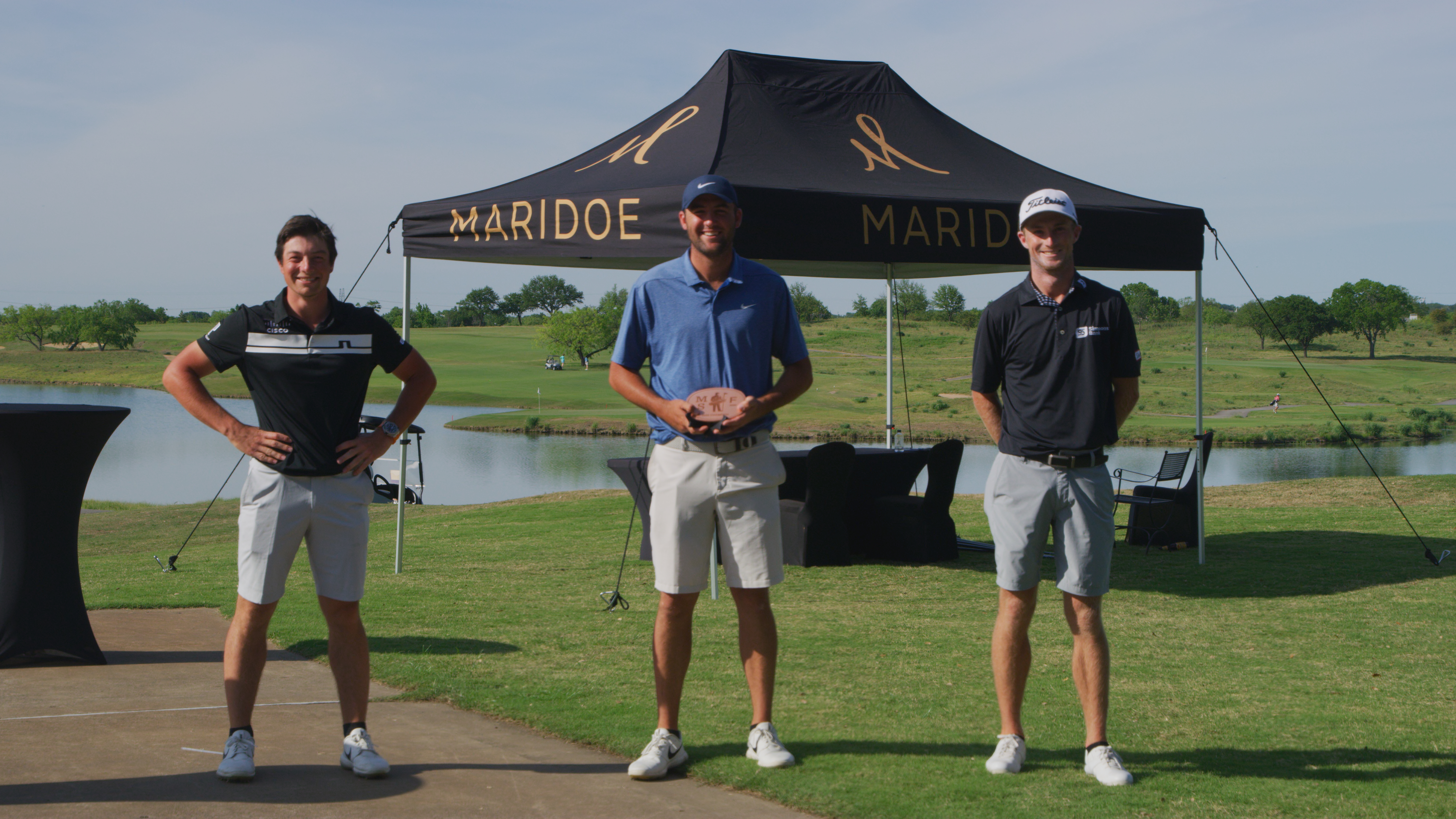 I will dare say that never again in our lifetime, in my opinion, that you’ll have a tournament like we had our (Maridoe) Samaritan (Fund) tournaments in the spring. I dare say you’ll never ever have the best juniors, the best college amateurs, mid-ams, PGA Tour professionals, Canadian professionals, Latin American professionals, Korn Ferry professionals, all playing at the same time, the same tournament. There’s no ego in it, and everyone played together and were so grateful and had a great time. I don’t think these people will ever stand down in their golf employment to have that privilege and I’m not sure those on the PGA Tour would mentally be accustomed to playing with amateurs and so to me, it was one of those— talk about making the ambrosia of lemonade by virtue of having the COVID-19. It actually created an opportunity to homogenize all of the different aspects of amateur and professional golf, placed them into one cauldron and everybody had a brilliant time. And I’m probably as proud of that as anything.

On future hosting opportunities, including potential interest in a U.S. Open…

My instructions to (golf architect Steve Smyers) very clearly were I want to have Maridoe Golf Club never hear the terrible words, ‘Had you only done something different, you could have hosted a U.S. Open, a U.S. Amateur or the North Texas Championship,’ and so I do not want to hear those words.

So Maridoe was created to be able to host anything successfully. The design, thought process, time and motion, choreography of the property was delivered and exists today to host anything that is played anywhere at any time, with or without spectators. You talk about a U.S. Open in particular, I would never be so arrogant or brash or egocentric to say we deserve a U.S. Open or a U.S. Amateur. That’s for the USGA to decide and we’ll let the chips fall where they fall.

But Maridoe was designed to host the very best, the very best players, and is so strategic and so mentally taxing that it will separate the richest cream from cream and the champion will be clearly identified and I think that’s what the USGA tends to do with their championships in particular – the U.S. Amateur, U.S. Open. If we were ever blessed and honored with the opportunity to have, for example, a U.S. Open or anything of great significance, we would be honored and it would be a privilege. We wouldn’t be surprised because we prepared for it but we would not be so arrogant as to say that we have to have it because we deserve it. That’s for the USGA to decide. 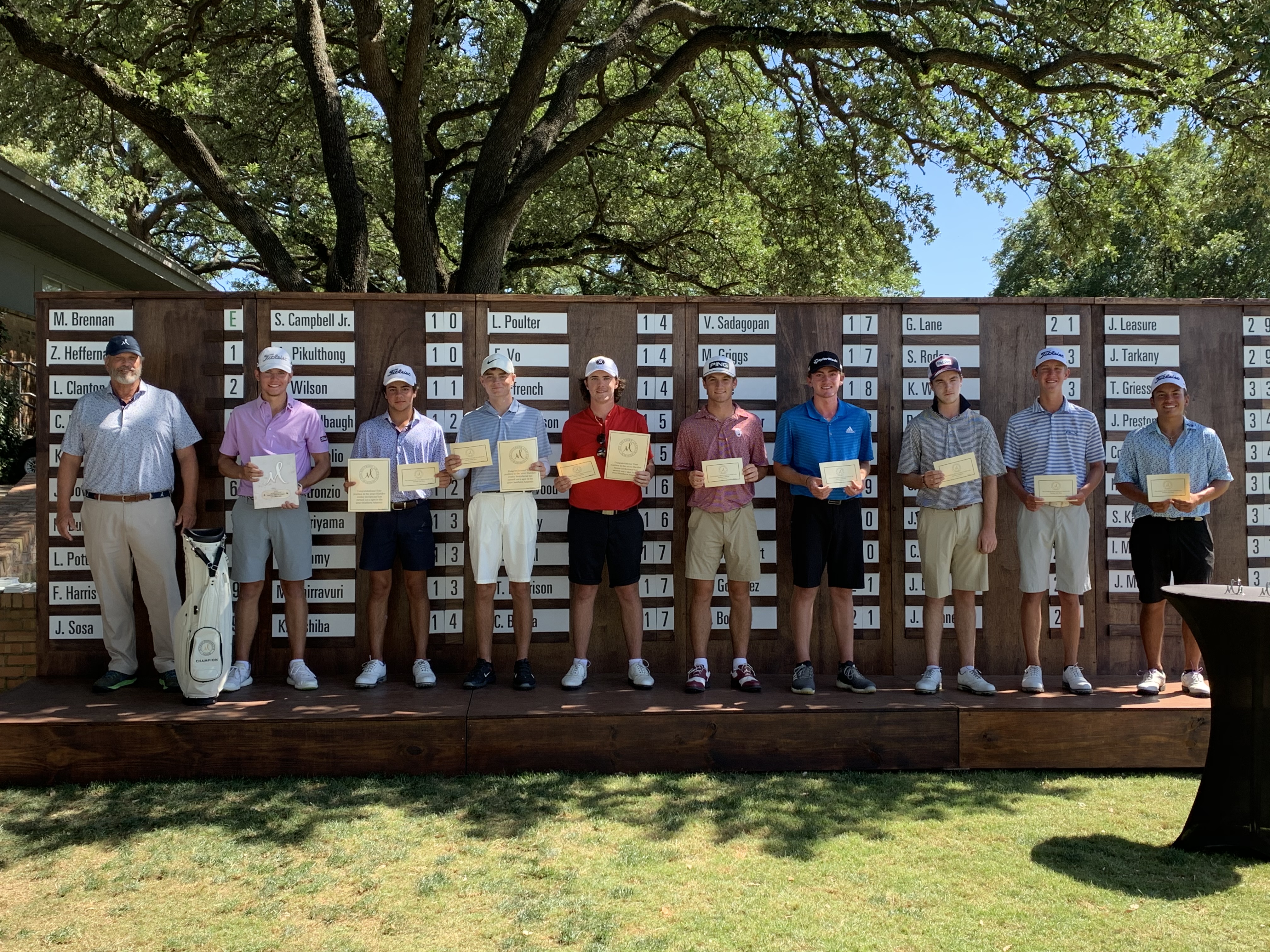 On where the difficulties lie at Maridoe, and what it takes to be successful there…

My philosophy on championship golf is that the individual who is a great player who cannot think his way around the course carefully should fail compared to those who are elite players who can manage themselves around the course strategically and thoughtfully. So Maridoe was created to make that separation. One of the things about elite golf today particularly at the young, collegiate level, is that the ability to work the ball and flight the ball is becoming a lost art because the technology – the ball and the equipment – has allowed these young athletes in great shape to swing as hard as they want to and technology keeps it pretty much on course. So they’re used to just hitting it hard and high and my goal was the person who comes there who’s mono-dimensional who leaves their brain in the trunk of their car in the parking lot has no chance against someone who can flight the ball, work the ball and strategically think his way around Maridoe.

On Huddleston’s start in golf…

We were always around golf and dad was fantastic and he was special. We just were raised since we were very young that golf was important. I will say that when my father said we couldn’t play football and there were sports where he said I will ask you not to play because you’ll wind up being arthritic, your knees will be injured, potentially. It’s not one of the 90-year-old sports. I said what’s a 90-year-old sport?

He says well golf, bird-hunting or trout fishing. I said what about tennis? He said, tennis is a nice sport but there aren’t too many people who come back from Hawaii and say you’ve gotta go play this tennis court on this promontory of crashing waves. So I probably emphasized golf over that. It was just our family, it’s what we did. Also being around the various golf associations and the USGA and my father had a tremendous respect for that. 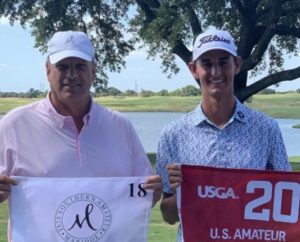 On the Maridoe name, how it came to be and what it represents…

My wife Mary, she does not play golf. She, when approached, supported me about wanting to do this golf club, which no wife should ever let a husband do realistically, which is an indication of how nice she really is. And she is.

But, when she was born, the doctors handed her to her father and he gazed down on her and looked at her and said my goodness, look at these beautiful brown eyes. They remind me of doe eyes. And they named her Mary. So he nicknamed her Marydoe. He’s now deceased. So myself and her brother, that is a nickname that we use. That’s what I’ve called her. So I said I think Mary Doe would be great. I was playing around with it, I said what about Maridoe so phonetically it would be Mary-Doe.

The way I do a capital M is essentially the logo. And after I said this story (to members of a hired branding agency), the three ladies and the gentleman there who owned the company, they were all going, ‘That’s the most wonderful thing I’ve ever heard.’ They said, we need to do this. So that was how it was born. I will give them great credit, they came back because we have a 33-acre lake with bass fishing. They took my M and they put a reverse loop on the backside, that I don’t use when I sign a capital M, to be reminiscent of a fishing loop to designate that Maridoe Golf Club subconsciously has a fishing loop in it’s logo. So nobody knows that.

Luke Potter, 16, is the last man standing after marathon week at Maridoe Amateur

Introducing the East West Matches: This week’s best team game is going down at Maridoe